R(Hemmati & Other) v Secretary of State for the Home Department – Opening the Pandora Box of Immigration Detention.

R(Hemmati & Other) v Secretary of State for the Home Department  – Opening the Pandora Box of Immigration Detention. 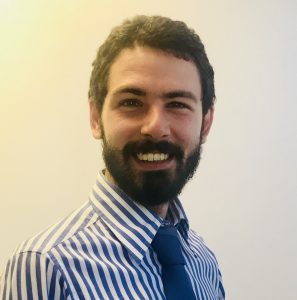 Tommaso Poli, Immigration and Asylum Paralegal Executive at HS Legal Solicitors, explains the content, and implications for immigration detention, of R(Hemmati & Other) v Secretary of State for the Home Department published on the 4th of October 2018.

The Court of Appeal, with the majority judgement of Sir Terence Etherton MR and Lord Justice Peter Jackson, recently issued a cornerstone determination in R(Hemmati & Ors) v Secretary of State for the Home Department regarding the detention of asylum seekers under Dublin III Regulation, which might have further relevance in relation to the detention of any asylum seeker and irregular migrant.

The Court discussed the lawfulness of the detention of five asylum seekers (Mr Hemmati, Mr Khalili, Mr Abdulkadir, Mr Mohammed and SS), who were detained under the combined provision of paragraph 16(2) of Schedule 2 of the 1971 Immigration Act (paragraph 16(2)), Article 28(2) and Article 2(n) of Dublin III Regulation (Article 28(2)).

Paragraph 16(2) confers a discretion to detain persons liable to be removed from the UK pending a decision whether or not to give directions for removal, and pending removal in pursuance of such directions.

Article 28(2) provides that ‘when there is a significant risk of absconding, Member State may detain the person concerned in order to secure transfer procedures in accordance with this Regulation, on the basis of an individual assessment and only in so far as detention is proportional and other less coercive alternative measures cannot be applied’.

Significant risk of absconding is defined at Article 2(n) of Dublin III Regulation (Article 2(n)) as ‘the existence of reasons in an individual case, which are based on objective criteria defined by law, to believe that an applicant or a third-country national or a stateless person who is subject to a transfer procedure may abscond’.

With regard to the authentic interpretation of the combined provision of Article 28(2) and Article 2(n), the Court of Appeal referred to the European Court of Justice (ECJ) Al Chador case.

In this case, the ECJ firstly ruled that Article 2(n) of the Dublin III Regulation explicitly requires that objective criteria defining the existence of a risk of absconding be defined by the national law of each Member State (paragraph 27-28).

Then, determining whether the word ‘law’ must be understood as including settled case-law, the ECJ reaffirmed that in interpreting a provision of EU law, it is necessary to consider not only its wording but also the context in which it occurs and the objectives pursued by the rules of which it forms part

As regards the objective pursued by Article 2(n) of the Dublin III Regulation, read in conjunction with Article 28(2) thereof, the Court recalls that, by authorizing the detention of an applicant in order to secure transfer procedures pursuant to that regulation where there is a significant risk of absconding, those provisions provide for a limitation on the exercise of the fundamental right to liberty enshrined in Article 6 of the Charter of the Fundamental Rights of the European Union (the Charter).

In that regard, it is clear from Article 52(1) of the Charter that any limitation on the exercise of that right must be provided for by law and must respect the essence of that right and be subject to the principle of proportionality.

Furthermore, it is worth noting that in this ruling the ECJ explicitly aligns its interpretation to the European Court of Human Rights (ECtHR), reaffirming that any deprivation of liberty must be lawful not only in the sense that it must have a legal basis in national law, but also that lawfulness concerns the quality of the law and implies that a national law authorizing the deprivation of liberty must be sufficiently accessible, precise and foreseeable in its application in order to avoid risk of arbitrariness

The ECJ then concluded by stating that taking account of the purpose of the provisions concerned, and in light of the high level of protection which follows from their context, only a provision of general application could meet the requirement of clarity, predictability, accessibility and, in particular, protection against arbitrariness (paragraph 40-42).

It follows that Article 2(n) and Article 28(2) of the Dublin III Regulation, read in conjunction, must be interpreted as requiring that the objective criteria underlying the reasons for believing that an applicant may abscond must be established in a binding provision of general application (paragraph 45). In the absence of such criteria, the detention is unlawful.

At the outset, Sir Terence Etherton MR and Lord Justice Peter Jackson emphasised that ‘Dublin III was intended to improve the protection afforded to applicants under the Dublin system’, in particular ‘the legal touchstone applied by the CJEU for assessing compliance with Article 28(2) and Article 2(n) was whether the provisions relied upon for detention had the requisite legal basis, and the safeguards of clarity, predictability, accessibility and protection against arbitrariness within a framework of certain predetermined limits’ (paragraph 164).

In light of the above, and referring to the Hardial Singh principles and Chapter 55 of the Enforcement Instructions and Guidance (EIG), Sir Etherton MR and LJ Peter Jackson stated that:

‘A list of criteria, some of which are relevant to absconding and others of which are not or may not be relevant, do not satisfy the Al Chodor requirements for the criteria for assessment of the risk of absconding to be set out in a legally binding instrument and to be clear, predictable and accessible. They do not enable the applicant to know which criteria will be applied specifically to meet the requirements of Article 28 and 2(n). Critically, they are not a “framework of certain predetermined limits” as required by Al Chodor for deprivation of the fundamental right to liberty under Article 6 of the Charter’ (paragraph 174).

Thus, an asylum seeker’s detention under Article 28(2) on the basis of Hardial Singh Principles and EIG Ch. 55 criteria is a breach of Article 6 of the Charter and Article 5 of the European Convention on Human Rights (ECHR).

Interestingly, with regard to the direct effect of Article 28(2) on the UK legal system, Sir Etherton MR and LJ Peter Jackson highlighted that ‘although the CJEU (at paragraphs 36 and 41) described the effect of Article 28(2) as a limitation on the fundamental right to liberty, its direct effect in the UK operated as a limitation on the exercise of the statutory discretion to detain pursuant to paragraph 16(2) of Schedule 2 to the 1971 Act’.

In order to comply with Article 2(n) requirement, the UK Parliament approved ‘The Transfer for Determination of an Application for International protection (Detention)(Significant Risk of Absconding Criteria) Regulations 2017’ (Regulation 2017) which sets the criteria to be considered when determining risk of absconding.

In that regard, Lamber J in R (Omar) v SSHD highlighted that it was common ground between counsel for the claimants and counsel for the Secretary of State that the above-mentioned criteria in Regulation 2017 had to be ‘both mandatory and exhaustive’, otherwise the necessary protections of certainty, predictability and accessibility would not be conferred nor the protection against arbitrariness.

Ultimately, as regards damages for unlawful detention, Sir Etherton and LJ Peter Jackson stated that ‘there is no doubt that all the necessary ingredients for the common law cause of action for false imprisonment are satisfied’ (paragraph 190).

Expanding the relevance of Hemmati

Turning to Article 28(4) of Dublin III Regulation, it provides that the general rules on guarantees relating to procedural rights and detention conditions set out in the Reception Conditions Directive apply to asylum seekers detained under the Dublin rules.

Thus, the criteria enshrined in Regulation 2017 should bind decision-makers when exercising their discretion to detain under 1971 Act due to ‘risk of absconding’ in any case involving asylum seekers.

To conclude, acknowledging that the provisions providing limitations on asylum-seekers detention are inherently intertwined, it is reasonable to expand the legal rationale related to the necessity of a binding provision of general application defining the ‘risk of absconding’ under Dublin III Regulation to the equal necessity for ‘less coercive alternative measures’ to the detention of asylum seekers (see UNHCR, ‘Guidelines on the Applicable Criteria and Standards relating to the Detention of Asylum-Seekers and Alternatives to Detention’).

Thus, a binding provision of general application defining and giving a list of ‘less coercive alternative measures’ should be provided in order to guarantee the lawfulness of detention, as explained in Del Rio Prada v Spain, and protect the right to liberty.

To Book an Initial Consultation with Tommaso give us a call on 01206500181 or use the online form.