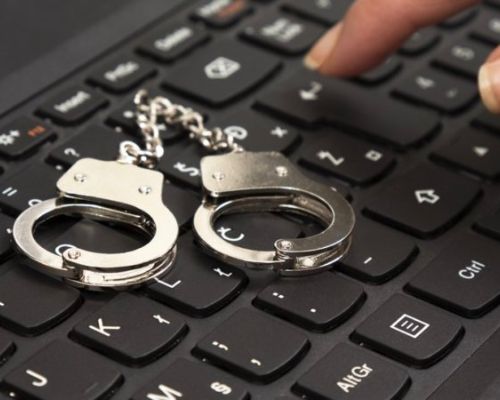 The law surrounding the use of technology and conducting criminal activity has undergone a great deal of development in previous years and is developing into a sophisticated body of rules and regulations. It is broadly reflective of the new and innovative ways that computers are being used to commit crimes that, historically, would have been more difficult to commit.

Here we provide an overview of what cybercrime in the UK is: what it means to commit cybercrime, how it is regulated and what the current state of the law is.

Cybercrime is deemed to be any kind of criminal activity that can be committed through the use of a computer. As a result, there are lots of different kinds of cybercrime, including fraud, hacking, harassment, espionage and sexual offences.

How is cybercrime regulated in the UK?

What is the law regarding cybercrime?

In terms of any law regarding cybercrime, the most important piece of legislation is the Misuse of Computers Act 1990. This introduced a number of new offences:

This is the lowest level offence under the Act and one that many people who would not normally consider their actions to be criminal in nature, fall foul of.

2. Unauthorised access with intent to commit or facilitate a crime

This is the next level offence under the Misuse of Computers Act 1990. The distinctive feature of this offence is that you must have accessed someone else’s computer on purpose in order to commit a crime.

This kind of crime would include instances where someone hacks into a bank account with a view to committing fraud. Alternatively, it would likely cover an individual gaining access to confidential information regarding a company and its business relationships with suppliers.

Deleting information with the express purpose of causing damage to someone, either an organisation or an individual, attract criminal liability.

This offence is designed to cover instances where someone knowingly unleashes a virus onto someone else’s computer, damaging or corrupting the information that it comes into contact with.

4. Making, supplying or obtaining information which can be used in computer misuse offences

This offence is quite broad and means that anyone that is caught in any stage of the process of aiding in the commission of cybercrime will be liable as having committed an offence.

This offence is designed to catch individuals or organisations that are involved in the creation or collation of dangerous programmes i.e. viruses (spyware etc.) that are to be released onto a computer or computer network.

What kind of penalties are there for Cybercrimes?

The penalties for engaging in cybercrime vary, depending on their severity. The lowest offence under the Misuse of the Computers Act carries a penalty of a maximum of six months imprisonment alongside the imposition of a fine. All other offences can attract up to five years imprisonment and a significant, or in some circumstances, unlimited fine.

Are there any other areas to be aware of?

Technology has created a variety of opportunities for individuals to engage in criminal conduct. As a result, there are a number of pieces of legislation that have been created to cover specific instances of criminal activity. One kind of cybercrime where there has been increased regulation of technology is in relation to pornographic images.

Accessing indecent images online is a very delicate area of criminal law, and as a result, is dealt with under a completely different pieces of legislation, including the Criminal Justice and Immigration Act 2008, the Protection of Children Act 1978, the Criminal Justice Act 1988, the Coroners and Justice Act 2009 and, in more serious cases, the Sexual Offences Act 2003.

Under the 2008 Act, it is illegal to be in possession of any material – photographs, films and particularly computer data on a hard drive –that is of an extreme pornographic nature. Individuals are also increasingly being targeted by criminal law agencies for accessing child abuse images online. Offences include: making, distributing, showing or advertising any indecent photo of a child under the Protection of Children Act 1978; possessing an indecent photo of a child under the Criminal Justice Act 1988; and, possessing a prohibited image, such as drawings or cartoons, of a child under the Coroners and Justice Act 2009.

While it may not be considered to be part of traditional computer crime, the possession of extreme pornographic imagery or indecent images is very much a major feature of anti-cybercrime legislation and is taken very seriously by regulatory authorities and the police. If you have been, or believe you may be, investigated by the police in relation to accessing illegal images online it is vital you get legal advice as soon as possible.

Cybercrime law is arguably the most progressive and most complex area of the law to understand. Owing to the rapid development of technology, this area of the law is under constant review and changes regularly. It is incredibly important that if you are affected by cybercrime in any way, you seek the advice of specialist lawyers who have experience of dealing with the rules and regulations in the field.

Here at HS Legal Solicitors, we have a dedicated team of expert cybercrime lawyers. We have many years of experience in advising clients who have become involved in cybercrime investigations and are regularly instructed to represent. We will work in partnership with you to ensure that you are advised on how you may be affected by the law in this field, and answer any questions that you may have. Please contact us, we are here to help.

GET AN INITIAL CONSULTATION